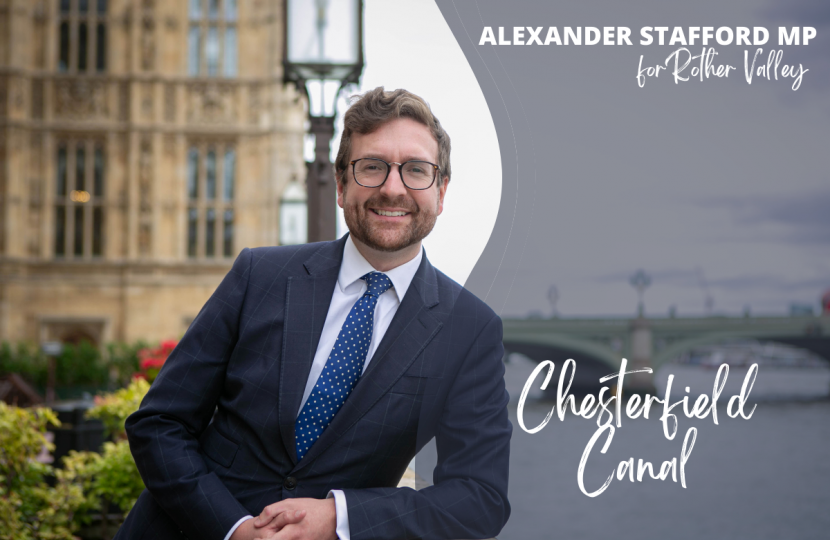 The canal has recently undergone extensive restoration in recent years but there are 9 miles that remains to be restored, part of which is within Rother Valley.

I am fighting to make the Rother Valley portion of the canal the focus of this renewal project, to the immense benefit of our area.

Firstly, I want to see the canal fully navigable from start to finish, as was intended when it was constructed.

Secondly, I am backing a new marina at Kiveton Park, just as two new marinas have been built along the canal already as part of the work. The Kiveton Park Marina will serve as a recreational hub for our area - a starting point for use of the canal - replete with high-quality leisure and exercise facilities, bars, cafés, and restaurants, and an educational and heritage centre.

Thirdly, I want the Rother Valley Link to become a reality. This would connect the Chesterfield Canal to the rest of the waterways system, unlocking many more possibilities than a 46-mile stretch of canal alone. It would create a cruising ring of the Chesterfield Canal, River Rother, River Don Navigation, Stainforth & Keadby Canal, and the River Trent.

To read the full article in the Worksop Guardian, follow the link: https://www.worksopguardian.co.uk/.../alexander-stafford...

I believe the Chesterfield Canal project is a crucial piece in the wider puzzle for a cleaner, healthier, more pleasant Rother Valley.

If you support my campaign to restore the Chesterfield Canal, please email me at alexander.stafford.mp@parliament.uk