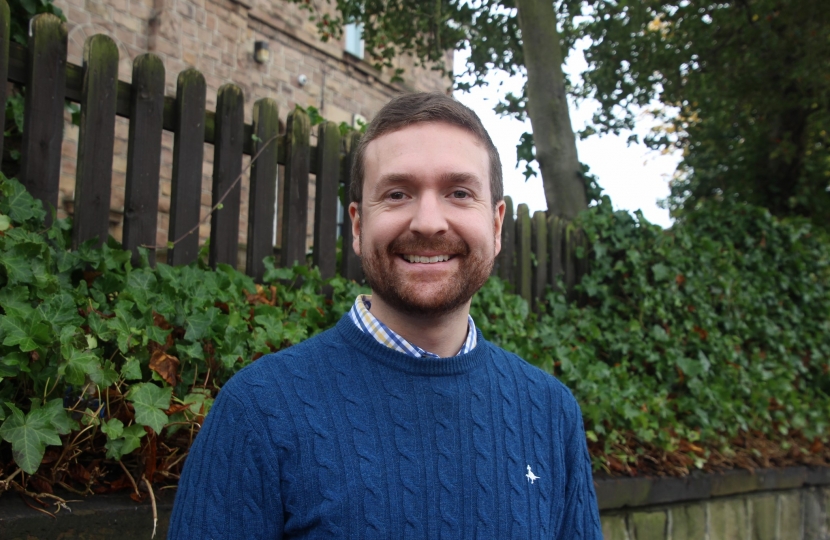 Alexander Stafford has close ties with Rother Valley. He has family from Dinnington and has a strong steel and coal heritage through both his mother and father-in-law. He is passionate about Rother Valley, its communities, and its rich heritage. Alexander has always been a strong and vocal campaigner for leaving the EU and voted in Parliament to exit the EU with Boris's deal. Alexander is a passionate believer in the community, fostered from refugee grandparents who had escaped the horrors of the Soviet Union.

Alexander is passionate about the NHS, where his brother and mother-in-law both work, as well as supporting education and further education throughout the area. Alexander also believes there are huge opportunities to level up communities throughout Rother Valley, and that there are chances to make effective investments in local transport links and community assets.

Alexander is a committed advocate of environmental causes, and opposes both the resumption of exploratory fracking in Harthill and Woodsetts as well as opposing the route of HS2 phase 2b which threatens 4.1 hectares of ancient woodland at Norwood in Rother Valley. Alexander previously worked in the energy industry, focusing on sustainability and the future of mobility, before moving on to work for the WWF on international environmental issues. Alexander is currently working with others from Parliament, academia and business to promote a national hydrogen strategy - helping to support this key green growth industry.

He lives with his wife Natalie and their daughter, Persephone.