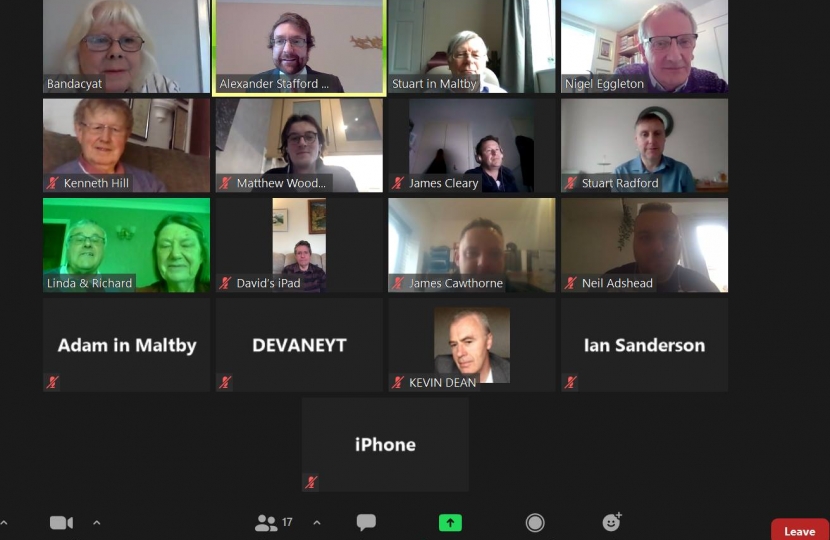 A longstanding, fervent campaigner for better local transport, Alexander reports that one of the first pieces of casework he received following his election was about poor bus service from Firstbus and price increases. Since then, queries on this topic have only increased and improving transport infrastructure in Rother Valley has been cemented as a top priority for him.

A lack of appropriate, affordable public transport is a major issue for a huge swathe of the Rother Valley constituency and raising this became the first question Alexander put to Prime Minister Boris Johnson at Prime Minister’s Questions.

A wide range of concerns were discussed the meeting with First Bus, from punctuality, reliability and complaint handling to future routes, the need for an integrated bus network and the next generation of green buses.

There was a consensus about the need to have a great reliable service that meets the needs and serves future opportunities for the whole of Rother Valley.

Those without cars must have the same opportunities to be economically active, to get to and from jobs, access educational facilities and even go shopping.

Building back better after this pandemic start therefore starts with a better local bus service.

Yesterday, Alexander Stafford MP spoke in Parliament about this need to ensure all communities in Rother Valley are linked up with a good public bus network.

Alexander also raised his ongoing local campaign for a direct bus link between Malty and Dinnington with Ministers.

“It is absolutely vital that there is a direct bus link between Maltby and Dinnington. I have raised this issue in Parliament and will continue to campaign for this locally.

"Towns across Rother Valley must be well connected so residents can get where they need to go quickly. Ensuring we have a good public transport network in Rother Valley is a key priority for me."