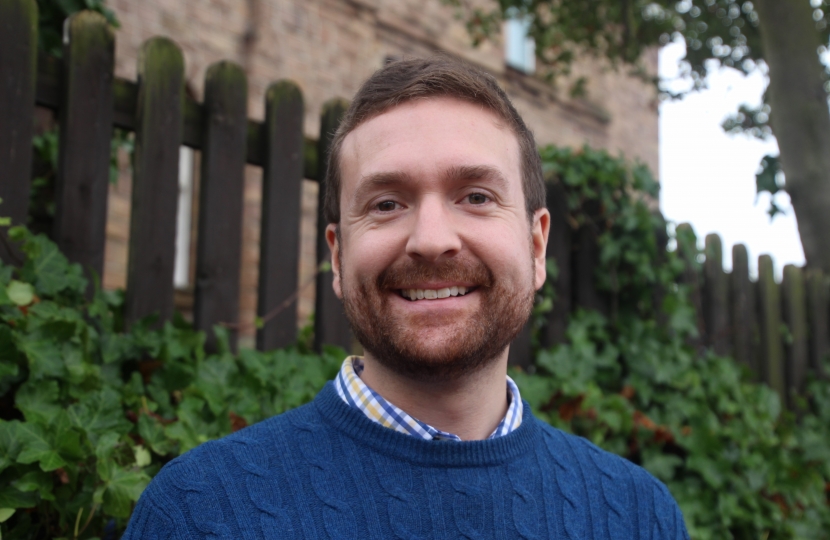 The fight against fracking is a matter of huge importance to the people of Rother Valley and Blue Wall communities. Needless to say, I am resolutely and absolutely opposed to fracking in any form, as are the majority of residents across the North and the Midlands. My professional background consists of working for WWF and Shell on environmental issues, so I know all too well how harmful fracking can be to our local communities.

Fracking is the process of drilling down into the earth and injecting the rock with a high-pressure water, sand, and chemical mixture to release the gas inside. Hailed in the United States as the answer to their domestic energy supply shortage, the United Kingdom was late to the party. Thank goodness we were, for we have seen the harmful effects of fracking elsewhere and we are rightfully horrified. We have had the advantage of seeing the dangers from across the pond – and we need to avoid repeating the same mistakes by opposing this backward-looking technology.

Fracking is overwhelmingly bad news for Rother Valley and constituencies like it in the Blue Wall. There are, of course, the safety arguments pertaining to contamination of local aquifers by chemicals which escape in the drilling process. The Environment Agency and the Health and Safety Executive do not have the capacity to watch over every fracking site in the country, and few of us would trust the fracking companies to self-regulate and report any breaches. This surely is not acceptable to anyone. The idea that these companies may poison the water sources of our communities is a terrifying one and not a risk that this Government is willing to take.

Equally petrifying are the seismic activity concerns caused by fracking. Professor Peter Styles, a geophysics expert, presented a report in the House of Lords on the difficulties in carrying out fracking beneath previously mined areas. His findings were compelling. He points out that even minor faults have the potential to cause small earthquakes which would trigger the Seismic Traffic Light System threshold and halt fracking.

Many proposed fracking sites in the Blue Wall are located in areas of historic coal mining. They are riddled with old mine workings and fault lines already severely weakened by coal extraction, right beneath where they intend to frack. I do not think I need to stress how dangerous fracking in this area would be, and how such risks simply cannot ever be taken.

As if contaminated water sources and earthquakes were not enough, fracking negatively affects the Blue Wall in other ways too. Fracking is a colossal imposition on people’s lives, causing much distress to local residents due to noise and pollution. Fracking sites are hives of industrial activity and, as such, the traffic movement associated with fracking can peak at up to sixty HGV movements per day. This is unthinkable on narrow rural lanes which are frequented by dog walkers, ramblers, horse riders and cyclists.

These rural lanes simply would not be able to cope with the vastly increased traffic demand. Proposals often include widening roads and cutting down hedgerows for these juggernauts to pass through, which would destroy local flora and fauna. It is clearly unacceptable that constituents’ use of local roads would be usurped by large corporate fracking companies. Furthermore, residents fear that the local authority would have to impose strict traffic controls on local people to minimise congestion and to mitigate risks to public safety.

It is expected that it is the responsibility of the operator to pay for the decommissioning of a fracking site at the end of its life cycle. However, in March 2019 the Public Accounts Committee highlighted substantial fears that the taxpayer will be left to foot the bill for clean-up costs if the operator goes out of business. This is clearly an objectionable state of affairs given the wealth of the fracking companies.

Our constituents have worked hard all of their lives to buy their homes, only for fracking to decimate the prices of houses in the vicinity. Even laying the value of the houses aside, very few people would opt to live next to a new industrial site. This is particularly true in rural areas, where many residents have moved because they want to live in a countrified, idyllic location.

Support for fracking is at record low levels, with its unpopularity increasing among those who live closest to the sites. The Government’s decision for a moratorium on fracking was a popular one both nationally and locally. However, despite the Government’s clear moratorium against fracking, this has not stopped fracking companies from circling around potential sites like vultures, biding their time and waiting for the moratorium to be eased. They will be sorely disappointed. These giant corporates will never be allowed to frack in the Blue Wall.

This Government has been unequivocal in their opposition to fracking. The then Communities Secretary declared in May 2019 in a statement that paragraph 209(a) of the National Planning Policy Framework, which concerned the benefits of shale gas, had now been quashed and was no longer relevant for planning purposes. In his response to my September debate in the Commons on fracking, the Minister unambiguously confirmed that fracking had no future in the United Kingdom.

Accordingly, local authorities must stop wasting taxpayers’ money and their own time and resources on conducting traffic management plans and surveys of the proposed fracking areas. There is no prospect of fracking taking place in our country, so they must focus their efforts on providing vital services to residents.

From an economic perspective, fracking is a senseless commercial endeavour. Fossil fuel prices, such as those for oil and gas, have collapsed. The Prime Minister has announced a green energy revolution and around the globe there is consensus that renewables are the way forward. Even the United States is feeling the effects of a surging boom in renewable energy.

The UK is focused on meeting its net zero target by 2050, and as such we are leading the world by hosting COP26 in Glasgow this year. Fossil fuel industries which contribute to climate change and have no commercial longevity are history. Fracking is indeed a technology of the past and is a retrograde step. We must not waste any more time looking back but instead we must look to the future.

I have campaigned stridently in this House for the UK’s green recovery. Renewables have a strong economic and environmental rationale and enjoy huge public support. I am particularly enthused by clean hydrogen as the fuel of the future, which will power our cars, buses, and homes. I am supporting the opening of a hydrogen electrolyser factory on the border of Rother Valley, and I am urging the Government to release a bold hydrogen strategy. I have also engaged in the push for the Government to issue green bonds and to set up a green development bank, in a bid to make Britain the biggest green economy on earth.

I have always said that UK plc must steal a march on our competitors by exporting our green technology and knowledge to the rest of the world. By leading the green revolution, we shall create jobs, turbocharge business, and level up our left behind communities. We must act decisively, or risk losing out.

I envision this new industry will be centred in Rother Valley and across the Blue Wall. I want, for example, renewables plants in Dinnington and Maltby and specialist training colleges in Thurcroft and Aston.  I want hydrogen factories in Orgreave and distribution networks in Hellaby. The possibilities are endless and my ambition for Rother Valley and the Blue Wall is limitless too. Our areas have the industrial heritage, the expertise, and the desire. We just need to be given a chance.

We should not be focusing on yesterday’s technology such as fracking. It would be poetic if Rother Valley and the Blue Wall were to transform from centres for dirty fossil fuels to hubs of renewable, green energy. This is the future I want for my constituency and the people who live there, and this Government is getting to work in order to provide it.

Given the new reality of the UK’s energy sector, we must accelerate the decline in gas for electricity and heating by encouraging the uptake of renewables, green hydrogen, and heat pumps. We should also end the fracking companies’ delusions once and for all by making our already cast-iron moratorium a permanent ban.

The writing is on the wall that fracking has no future in Rother Valley, in the Blue Wall, or in the United Kingdom, and I look forward to leading the charge as Britain embarks on its green recovery and green economic revolution.