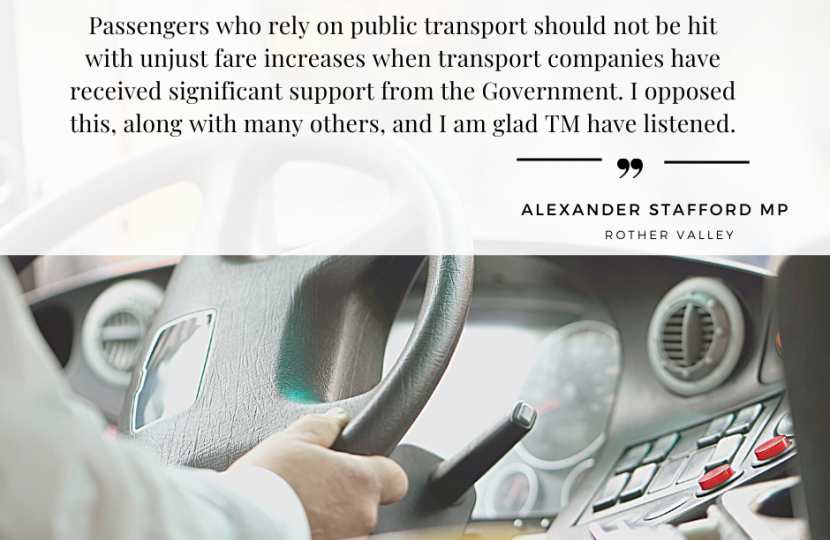 Local Rother Valley MP Alexander Stafford has welcomed the news that TM Travel have reneged on their plans to increase fares on buses, trains and trams across South Yorkshire.

A longtime campaigner for better regional transport, Alexander recently called the proposed rises 'unfair' and urged companies to remember that they had received significant support from both local and central Government to enable them to keep providing an essential service to members of the public, many of whom had been hit by job losses or furlough.

Whilst this is very welcome news, TravelMaster should never have tried to increase the burden on people after receiving over £17 million in extra Government support during the pandemic.

Well done to everyone involved who helped stop this ludicrous increase.