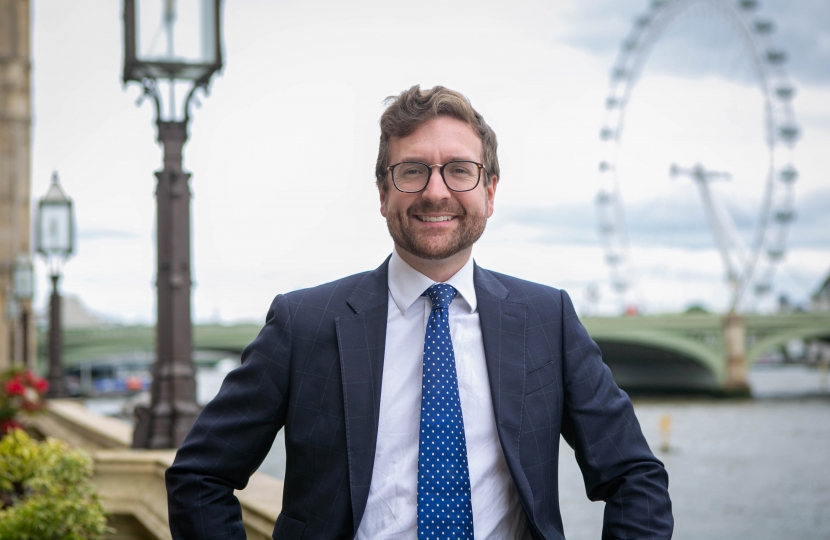 Alexander Stafford, the Conservative Member of Parliament for Rother Valley, has been promoted to join the Government Benches. He has been appointed as a Parliamentary Private Secretary, a “PPS” to the Ministry of Defence. A PPS is an unpaid assistant to a Minister, and whilst not a direct member of the Government they are subject to parts of the Ministerial Code.

This role will see Alexander assist in the day-to-day running of the Ministry of Defence, working closely with Ministers, Civil Servants and Special Advisors, and giving him a better understanding of the work of the armed forces.

Alexander was appointed at the start of January to the role.

Alexander Stafford MP commented “It is a great honour to be appointed to this position and will allow me to gain a better understanding and insight into the work of the amazing men and women of our great armed forces. My main focus will of course be on ensuring that Rother Valley is a better place to live, work and play, but this new role will allow me to engage even more directly with the Government so that Rother Valley’s voice will always be heard.

Zach Collingham, Chairman of the Rotherham Conservatives said “We are so proud of Alexander’s well-deserved promotion. It is super that Alexander has an input at the very top table, helping to amplify Rother Valley’s voice. When he was elected Alexander promised to make sure that everyone in Government knew about Rother Valley, and this is just one more way he is achieving this.”