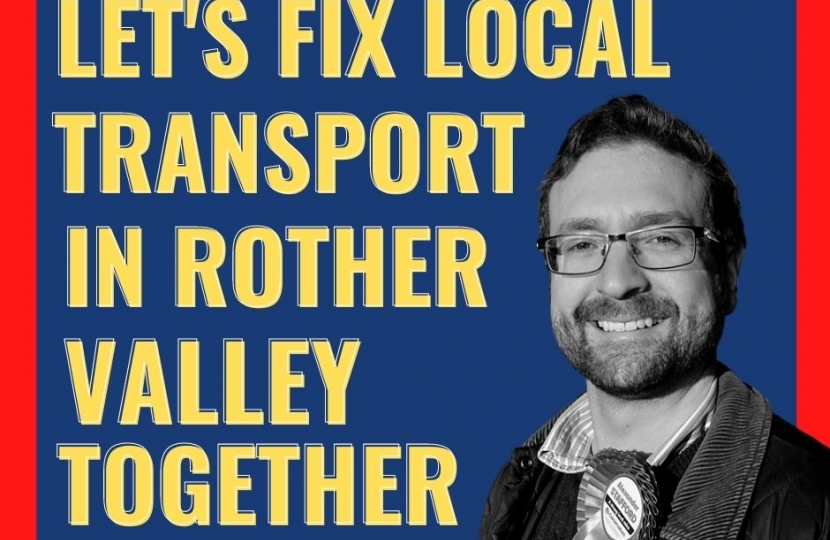 On Wednesday 10th March at 10am, local MP Alexander Stafford will host a meeting between Rother Valley residents and Firstbus Managing Director for Midlands and South Yorkshire, Nigel Eggleton.

A longstanding, fervent campaigner for better local transport, Alexander reports that one of the first pieces of casework he received following his election was about poor bus service from Firstbus and price increases. Since then, queries on this topic have only increased and improving transport infrastructure in Rother Valley has been cemented as a top priority for him.

A lack of appropriate, affordable public transport is a major issue for a huge swathe of the Rother Valley constituency and raising this became the first question Alexander put to Prime Minister Boris Johnson at Prime Minister’s Questions.

Alexander hopes this meeting will provide an opportunity for residents to raise concerns over Firstbus’ poor service and discuss solutions directly with those in charge.

Alexander is encouraging all Rother Valley residents interested in attending to email his office at alexander.stafford.mp@parliament.uk in order to request the joining details.

“Many of my constituents have been negatively impacted by Firstbus and its poor service. I am pleased to have been able to secure this meeting with the company so that my constituents are given the opportunity to raise these concerns and find a solution.”