Our community rejoicing at news that HS2 2b arm has been cancelled. 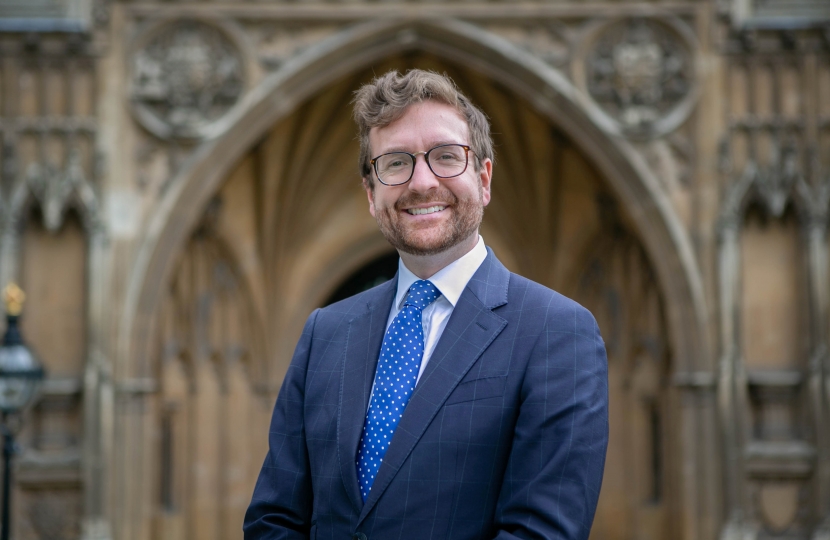 As our communities are all too aware, the 2b arm was to run from the West Midlands to Leeds in West Yorkshire, via the East Midlands and South Yorkshire – including, concerningly, through Rother Valley. Since my election I have been fighting tirelessly to protect our area from this expensive and destructive anti-levelling up vanity project and I am delighted to declare victory at last.

I must pay tribute to this Government which has listened to the people of the North and acted in accordance with our wishes.

This was in no small part due to 8,000 of my constituents signing an anti-HS2 petition and the work of action groups in villages such as Bramley.

It was clear from the start that our area was going to pay dearly for this dreadful project. Four hundred of our homes were set to be demolished and precious ancient woodland destroyed to make way for the new line, however there was not going to be a stop in our area.

We were to suffer all of the pain yet receive zero gain, with our beautiful countryside disfigured to benefit a small group of elite London business commuters travelling to prosperous Leeds city centre a couple of times a month, with negligibly faster journey times.

This came at the eye-watering cost to the taxpayer of £150 billion and the sucking up of local resources, unacceptable when we already have a perfectly speedy existing service and most of my constituents do not visit London regularly. HS2 phase 2b was conceived in a different time, and our country has moved on.

Using the money freed up by the cancellation of HS2 phase 2b, we need bold new action to achieve world-class connectivity in the North and the Midlands.

I am excited by the Government’s recently announced Integrated Rail Plan, which will see the biggest ever government investment in Britain’s rail network, with a £96 billion package of rail construction and upgrades for the Midlands and the North.

This is the largest investment in rail in the North since Queen Victoria was on the throne.

South Yorkshire will benefit from full electrification of the Transpennine Main Line, connecting us with other big northern cities such as Manchester, as well as a one hour 27 minute journey time from Sheffield to London. Beyond rail, this Government is also focusing on first-rate reliable, frequent, and affordable regional buses and well-maintained, fast roads for the North, all of which will improve Rother Valley’s access to Sheffield, Doncaster, Barnsley, and Worksop for employment, education, health, and leisure.

Now that HS2 phase 2b has been scrapped, we can focus on these levelling up initiatives which really make a difference across the North.

Herein lies the high-speed route to prosperity for Rother Valley, and not a white elephant railway line which belongs in the past.

The Government has promised that our investment in northern transport is only the beginning, but we now know that any new projects will not come at the expense of our homes and communities.