"Manufacturing is at the heart of the regional economy, and it's key to levelling up," writes Alexander Stafford 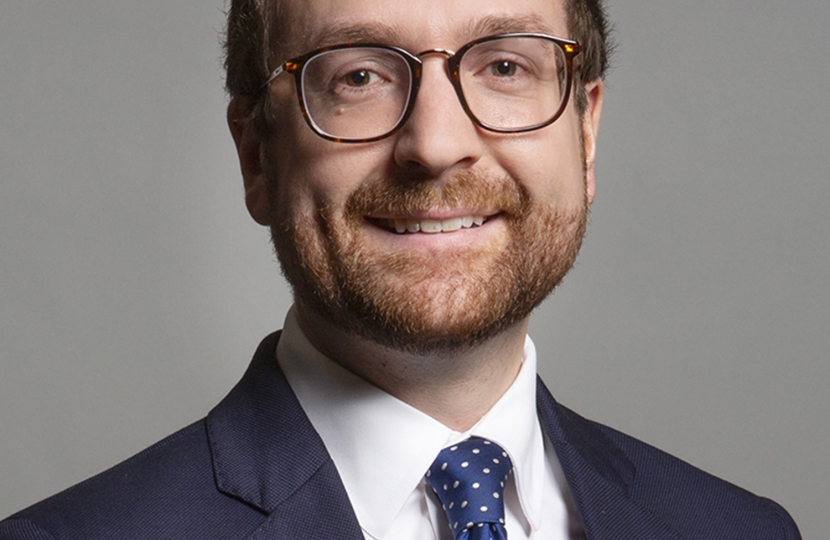 Alexander Stafford MP writes for CAP X on the importance of manufacturing in delivering the Levelling Up agenda.

With Britain’s vaccination programme exceeding all expectations, there has been a renewed focus on the challenges the economy faces. For the Government, delivering prosperity will require a new emphasis on manufacturing, which will have important implications for plans to ‘level up’.

Manufacturing is at the heart of the economy across the regions of the UK. For example, as the trade organisation ADS highlights: 90% of aerospace and 65% of defence jobs are reported to be outside London and the South East. There should also be cross-party support for manufacturers who played their part during the pandemic by supplying PPE, respirators and ventilators for the NHS when necessary.

The burden of debt after Covid-19 is a unique problem for the manufacturing sector. This is because the industries of the future will be in the emerging technologies of, for example, artificial intelligence and robotics. But for British manufacturers to keep up in this dynamic sector, they must continuously innovate and improve their production methods by investing in new technologies and acquiring relevant skills.

The problem for manufacturers is that the burden of debt threatens long-term competitiveness in the sector. There is a real risk that the mountains of debt after Covid-19 will shackle businesses in the years to come, preventing them from realising their true potential and growing. It might be borne in mind: much of this debt has been accumulated through no fault of their own.

If manufacturers lose, taxpayers lose too. For businesses either unable to pay their debts or remain competitive will eventually be left unable to succeed. And the loans issued during Covid-19 are guaranteed by the Treasury, meaning taxpayers will ultimately pick up the bill.

Under this scenario, jobs would also be lost down the ‘long-tail’ of manufacturing supply chains, in regions that rely on manufacturing the most. If that happens, we run the risk of leaving people behind – and in many places that lent Conservatives their vote for the first time.

The real question that needs to be answered, then, is what the Government can do to alleviate the burden of debt for manufacturers so that it is repaid but, crucially, does not hinder the potential for growth in the emerging industries of the future.

The Chancellor has provided several solutions to solve the problem of loan repayments, not least through the ‘Pay as You Grow’ flexible repayment system. But to boost liquidity and enable British manufacturers to successfully grow back into production after Covid restrictions are lifted, manufacturers require a comprehensive new deal.

The Government should offer a debt-for-equity swap to manufacturers – as proposed by Civitas and the ERA Foundation – to give them the best chance of surviving the economic crisis and return to pre-pandemic levels of competitiveness.

A debt-equity swap is simply a transaction in which the debt of the borrower is exchanged, partially or entirely, for equity to the lender. A debt-equity swap can benefit the borrower and lender in unique circumstances. For the borrower, it can be an opportunity to unshackle the business from debt and improve its balance sheet, giving it a fighting chance to invest in resources to grow.

The lender will also have an interest in the swap settlement. For the lender will always prefer the debt to be repaid than not, so the swap offers at least a ‘last chance’ of recuperation on loans. Unlike the job retention scheme, it is an intervention that would aim to return something of future value to the taxpayer.

The Government should offer manufacturers the choice of a debt-equity swap. The Civitas-ERA Foundation proposal could be delivered by our existing government-owned business development bank, the British Business Bank, which operates at arm’s length from Government. It has a wider objective of making markets work better, having now coordinated the Coronavirus Business Interruption Loan Scheme [CBILS] and Bounce Back Loan Scheme [BBLS] financial support measures to SMEs across the country. It also manages the existing Future Fund, issuing convertible loans to innovative UK companies with good potential.

A subsidiary of the bank should be charged with managing an equity fund which would then coordinate resources in order to provide manufacturers with the capital required to restructure. The deals agreed with manufacturers should then enable the company to grow competitively back into production.

It is to be expected that critics may argue that a debt-equity swap represents a form of ‘picking winners’, but what it would really represent is the safest bet for survival of a vital sector of the UK economy and preventing losses. It would be a historic mistake to leave behind manufacturers – and its dedicated workforce across the regions of the country – at a pivotal point in this crisis when we should be backing those companies that will deliver our future prosperity.

Rother Valley MP Alexander Stafford welcomes funding for local charities from the Postcode Neighbourhood Trust.
Over 3,500 grassroots organisations in Britain will receive a share of almost £17 million this year.