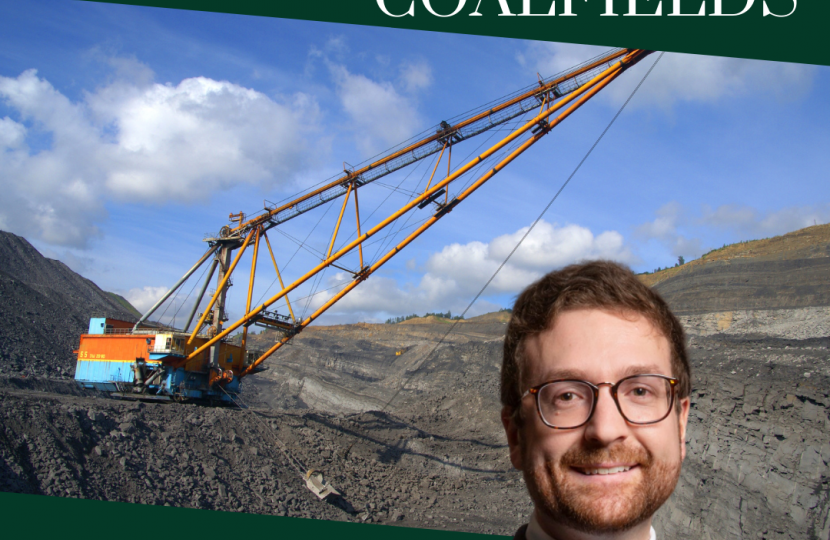 Every four years, an area in the UK becomes City of Culture, shining a light on that place’s cultural heritage and driving tourism and investment locally. In 2021, Coventry will pick up the mantle and the position will become vacant as bidding begins to become UK City of Culture 2025.

Alexander, who became the first Conservative MP in the history of the former Labour stronghold Rother Valley in December 2019, wants to celebrate the area’s strong coal mining heritage and promote it across the country, alongside his South Yorkshire colleagues, who he hopes will come together and support his bid.

The City of Culture project was born from the success of Liverpool’s stint as European City of Culture in 2008, and the UK’s first City of Culture, Derry-Londonderry, began its momentous year as title holder in 2013. Derry-Londonderry and successive title holders have experienced significant boosts to their tourism industry, profile and funding opportunities in the years since they held the title, and Alexander hopes that local authorities and fellow South Yorkshire MPs will join him in pressing for coalfield towns in South Yorkshire to receive the same boost.

“I believe that in 2025, the honorific title of ‘City of Culture’ should go to the Coalfields of South Yorkshire, and Rother Valley, with a rich coal mining heritage, should play a leading role in that bid. The coal industry has played a significant role in our nation’s history since the industrial revolution, and, as we march towards the fourth industrial revolution, it is pertinent that we have a national pause to reflect on the age of the coal mine.”

“To that end, I have been in touch with fellow MPs, councils and regional leaders to get this project off the ground.”

“Even just placing a bid can raise the profile of an area significantly, but if successful, we could really put Rother Valley and other coalfield areas on the map. I am very proud of our industrial heritage here in Rother Valley and believe that we should share this history with others around the country.”

North Anston & South Anston are two villages in the southeast of the Rother Valley constituency, with a combined population of roughly 9,000 people. The area’s history dates back over a thousand years, and its name means “single/solitary stone” in Old English.

Wales is a small village in the southwest of the Rother Valley constituency with a population of over 1,000.

Kiveton Park is a village in the southwest of the Rother Valley constituency with a population of just over 7,000 people. It was founded by the Anglo-Saxons before the Norman conquest, and its name comes from an Old English word for “the settlement in the hollow”.

Harthill is a small village and Woodall a hamlet in the south of the Rother Valley constituency, with a combined population of roughly 2,000 people.