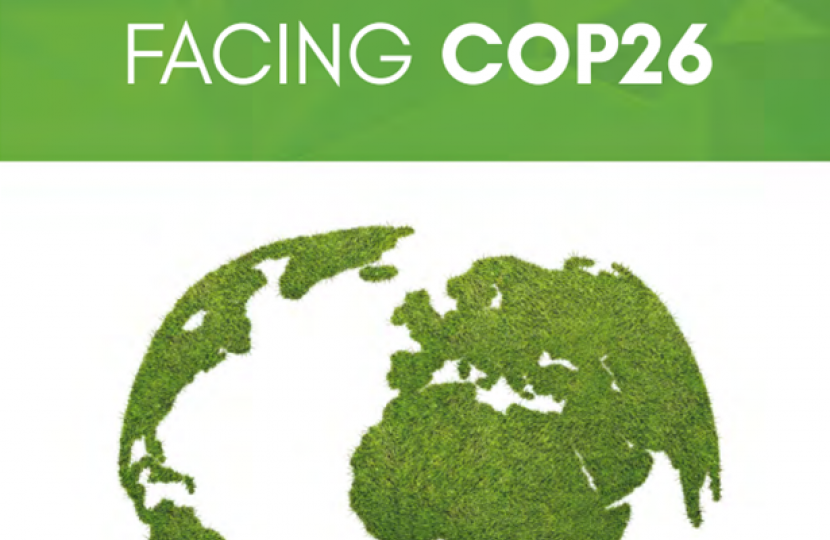 The road to COP26 was never going to be easy but it has been made even more difficult than expected due to the Covid 19 pandemic which has distracted the attention of many of the world’s political leaders. The event itself, and the decisions which will flow from it, however, could not be more important.

The hosts, the UK government, has called on all G20 countries to sign up to net zero, set out clear plans to cut emissions by 2030, and commit to ending coal power, transitioning to electric vehicles, and restoring nature, with the richest nations providing financial support to the rest of the planet to go green. Four key goals have been set out for the Glasgow meeting –mitigation, adaptation, finance and collaboration.

COP26 is, of course, not a single event but part of a continuing process. We had COP25 in Madrid, hosted by Chile, COP24 in Katowice, Poland, COP23 in Bonn, Germany, presided over by Fiji and COP22 in Marrakesh, Morocco. But, important as though these meetings have been, the main challenges for the UK summit in Glasgow flow from the landmark Paris Agreement, the legally binding international treaty on climate change adopted by 196 Parties at COP21 in Paris in 2015. COP isshort for the Conference of the Parties to the UN Convention on climate change (UNFCCC).

In assessing the challenges to COP26, therefore, it is useful just to remember what was agreed in Paris. The stated goal was to limit global warming to well below 2, preferably to 1.5 degrees Celsius, compared to pre-industrial levels.

To achieve this long-term temperature goal, countries promised to aim to peak greenhouse gas emissions as soon as possible and to achieve a climate neutral world by mid-century. The agreement began a process that worked on five year cycles of increasingly ambitious climate action by its signatory nations. By 2020, countries were required to submit their plans for climate action, known as Nationally Determined Contributions (NDCs). In their NDCs, countries are required to set out the actions they will take to reduce their greenhouse gas emissions and also the measures they will take to build resilience in order to adapt to the impacts of rising temperatures. They also agreed to set out, by 2020, long-term low greenhouse gas emission development strategies (LT-LEDS) although, unlike NDCs, these were not mandatory.

The Paris Agreement provided a duty for developed countries to take the lead for providing financial assistance to countries that are less wealthy and more vulnerable, while for the first time also encouraging voluntary contributions by other parties. According to the UN, “Climate finance is needed for mitigation, because large-scale investments are required to significantly reduce emissions. Climate finance is equally important for adaptation, as significant financial resources are needed to adapt to the adverse effects and reduce the impacts of a changing climate."

All of this was to be monitored under a process known as the Enhanced Transparency Framework (ETF). Under ETF, starting in 2024, countries are required to report transparently on actions taken and progress in climate change mitigation, adaptation measures and support provided or received. It also provides for international procedures for the review of the submitted reports.

Many of the challenges in Glasgow relate to finalising and concluding measures begun in Paris in 2015.