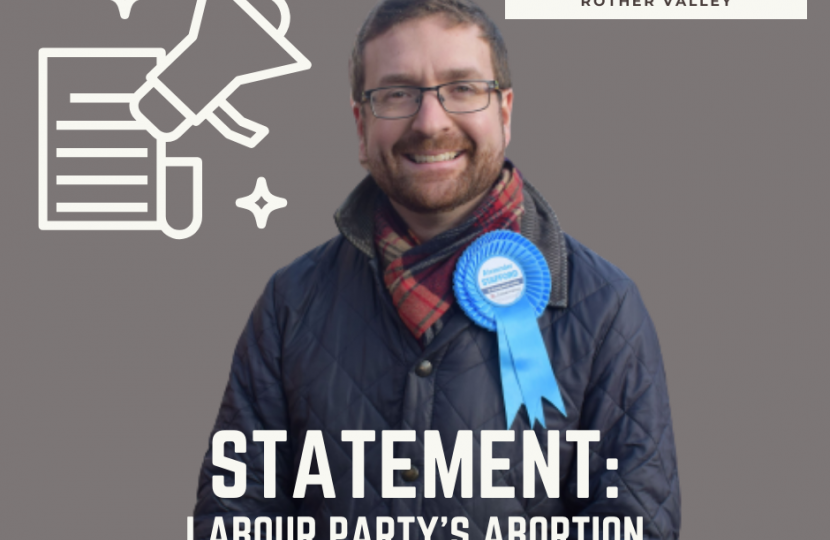 Alexander Stafford, local Member of Parliament for Rother Valley, makes a statement on proposed legislation to legalise all abortions.

I don’t normally post about this type of issue, but I have been inundated with emails from concerned constituents about a new law being pushed through parliament.

This would be the most extensive change to abortion legislation since 1967 and would leave England and Wales with one of the most extreme abortion laws in the world.

My daughter was born three days early, a wonderfully healthy baby who was then (as is now) a full person in every way. Under this change to the law she could have been aborted up until the minute she was born, on a whim. This to me is clearly wrong.

So tonight, if the vote is called, I plan to vote AGAINST this motion. I do not see this as a pro-life/pro-choice issue – but rather one about what sort of society we want to live in. One which sees babies just before they are born as people, or one that cares nothing for their lives.

I have included the text of the amendment below this post.