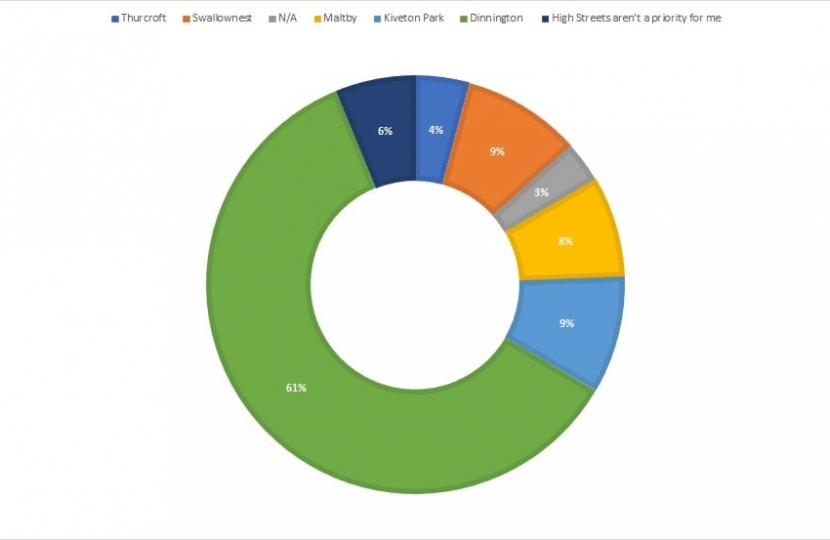 Alexander Stafford, Member of Parliament for Rother Valley, circulated a survey around his constituency to gauge the views and feelings of residents regarding how and where this money, if awarded, should be spent.

Here, he reports back on his findings, writing:

Before I presented my Levelling Up Petition to Parliament, I asked local residents across Rother Valley which projects they would most like to see investment in.

Many people have asked for a full breakdown of the survey results, so I have made a few charts to show the data (see below) of the results as of 7pm today.

86% of local residents identified High Streets as the priority for the £20 million levelling up bid, of which 61% indicated that they would like Dinnington High Street to receive investment first.

8% of residents said local transport should be the priority and 6% said it should be cultural projects.