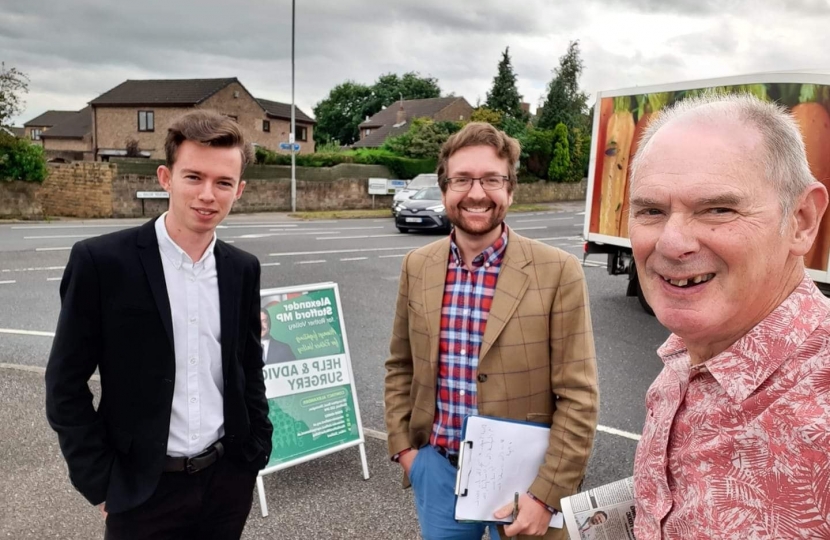 Alexander Stafford, local Member of Parliament for Rother Valley, took his highly successful series of Street Surgeries to Aston this weekend, where he was joined by Ward Councillor Josh Bacon.

As with all Alexander's Street Surgeries, a host of issues was discussed, most notably speeding on Aughton Lane and littering in the town.

Regular surgeries continue to be held, either virtually or in Alexander's Dinnington office, and residents wishing to book an appointment are asked to contact Alexander via email alexander.stafford.mp@parliament.uk or telephone on 01909 494952.