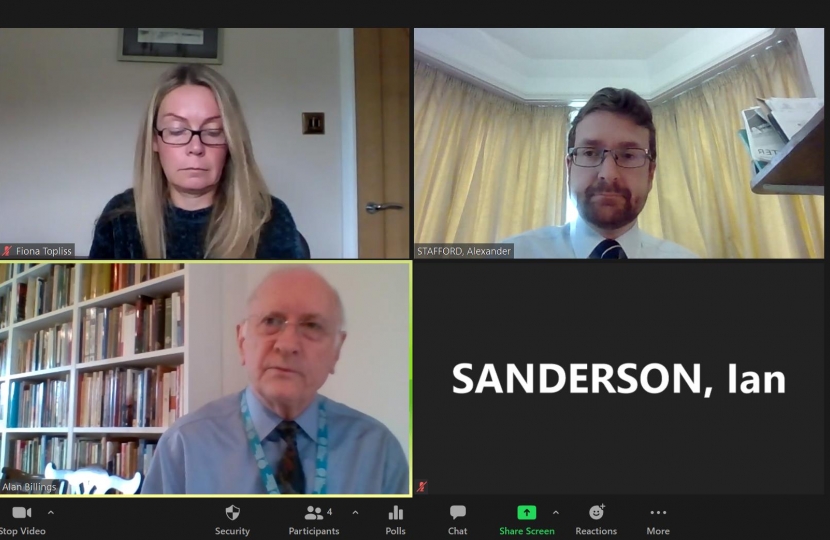 High on the agenda were road safety, night-time economy and youth services, while the MP stressed the need to tackle rising antisocial behaviour by taking a hard-line stance on this pervasive issue.

Alexander also invited Dr Billings to contribute to the Levelling Up Fund bid for which he is fighting, as crime prevention measures, such as CCTV cameras and gating off areas, can be funded through this investment scheme. High street presence is an issue for which Alexander has long been an ardent campaigner, and he again urged the PCC to consider this.

Alexander and Dr Billings have arranged for the latter to visit Rother Valley for a walkabout in the near future.

I had some very constructive dialogue with the PCC today and thank him for allotting some time so that we could share our respective priorities.

I hope that he will consider feeding into the Levelling Up Fund bid and look forward to welcoming him to the constituency in the coming weeks for a walkabout to see firsthand the issues people are facing.